More businesses than ever are desperately seeking coders, in our region and beyond. Miami-based coding school 4Geeks Academy is not just hopping on the trend. Rather, it is helping shape the industry, creating new offerings for students around the world.

“Major tech companies are moving to Miami to increase their investment in AI,” Ricigliano said, highlighting Tesla and Blackstone as companies that are particularly keen to develop this technology in their Miami hubs. “We’re trying to take Miami and Florida to the next level in terms of skills, talent, and people willing to build things for the growth of our city,” said Ricigliano. “Excellence in AI is one of the things that should make Miami stand out.”

The program, developed in partnership with AI business transformation startup Strata.ai, will be taught part-time over the course of 18 weeks. For now, this new course will be exclusive to 4Geek’s flagship Miami location.

The school has 70 instructors working across campuses in seven cities around the world, from Latin America to Europe. 4Geeks also hosts fully online courses: a necessary innovation brought on by the pandemic, which has turned into a key income stream.

“It’s great to see people are coming from everywhere – New York, Charlotte, Texas – to take part in the program,” Ricigliano said of the unexpected advantages of online teaching.

However, Ricigliano’s latest project is very much in-person. He is building out a new campus in Orlando, leveraging a recent investment of $500,000 led by Pedro Torres-Mackie of New York-based Quotidian Ventures. This investment will help secure Ricigliano’s ambitious vision to become “the best coding school in Florida.”

“Competition has made us a better company,” said Ricigliano, arguing that 4Geek’s competitors have pushed them to constantly look for ways to increase their value proposition. However, Ricigliano said the demand for coding programs still outstrips supply.

Founded in 2015, 4Geeks launched its first program in 2016. Ricigliano told Refresh Miami that one of their main strengths is cost: While the average coding program costs around $13,000, 4Geeks comes in at $7,500.

“Our students get a great education, a great product, for way cheaper,” said Ricigliano.

Another key differentiator is 4Geeks’ global approach. They have signed over $2 million of contracts with the Interamerican Development Bank, one of the most prominent development organizations in Latin America. These agreements have enabled 4Geeks to run coding programs in conjunction with the federal governments of Uruguay and Costa Rica.

Despite this international presence, South Florida is very much top of mind for Ricigliano. “To grow the ecosystem, we have to invest in workers and make them stand out,” he said. “At 4Geeks, we’re trying to help with that.” 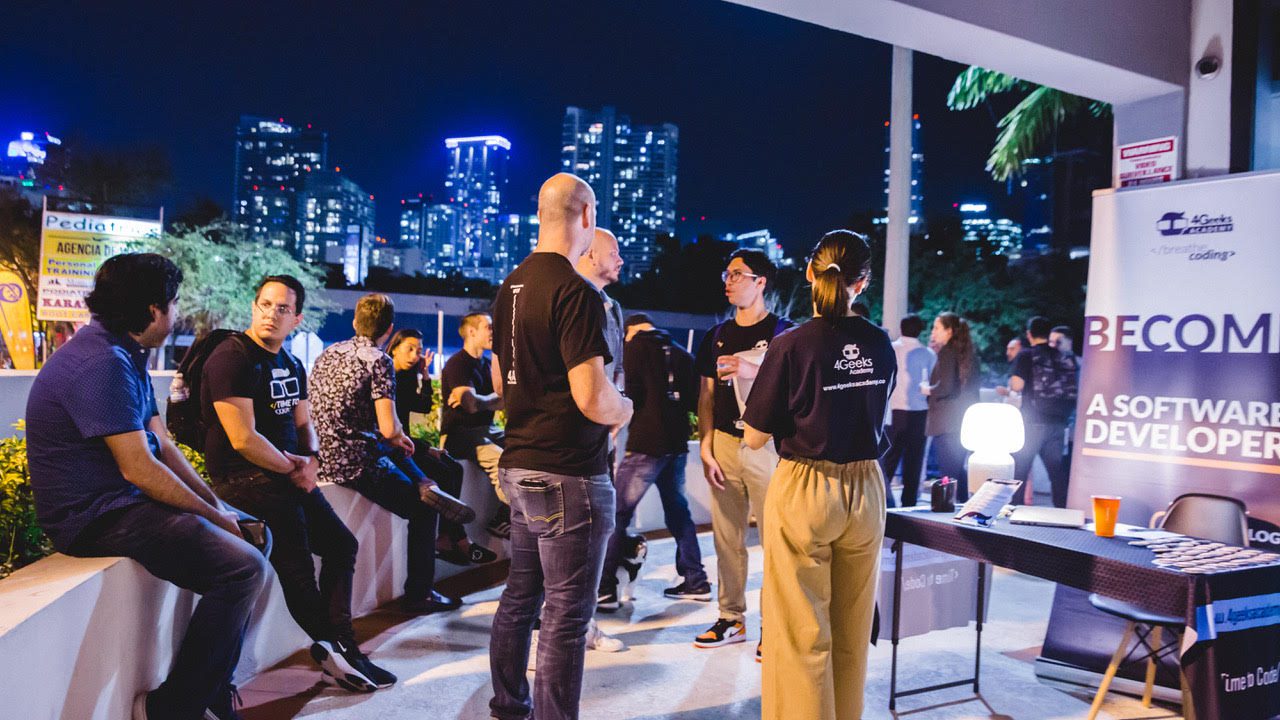