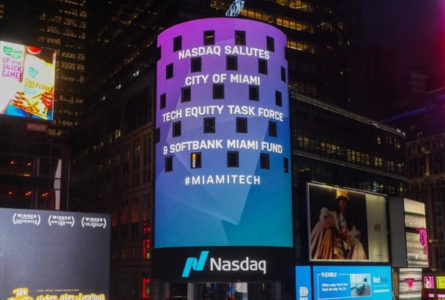 Now back to regularly scheduled programming.

Speechify lets users listen to any text, be it physical or digital, with the highest quality voices from their phones or their computers. It was founded in 2017 by Cliff Weitzman in his Brown University dorm room.

Weitzman, who moved to California from Israel as a youth, struggled with reading because he was dyslexic. He finally taught himself to read with his ears, he says, by listening to Harry Potter audio books over and over. In college, he created a text-to-audio app for himself and set out to build it into a company to help others with dyslexia, ADHD, low vision or other disabilities. Speechify, which can convert text to audio in dozens of natural-sounding voices and languages, was heartily embraced early by the dyslexic community, and still is. But now, with millions of downloads globally, Speechify is often used as a productivity tool. For instance, Speechify has an automatic speed-ramping feature that will coach you how to listen faster while still comprehending.

“The goal of the company is to make sure that reading is never a barrier to learning for anyone. We have a chrome extension and an iPhone app and they make sure that it’s very easy for you to focus when you read, and help you read faster and have higher comprehension. We’re just continuing to innovate on that and building more systems,” he said.

Speechify is moving its HQ from California to Miami. About 10 of its 25 team members, including Weitzman,  will be moving in coming weeks in the first wave of relocations, he said. The company’s head of growth is already here. Others on the team may choose to relocate – Speechify has always been a remote-first company.

Weitzman said the team considered a number of areas but Miami’s location makes it convenient to get to a lot of cities, including in South America and Europe. Availability of talent and quality of life also figured into the decision.

“It’s  just a really great community and there’s a big exodus of other people who are engineers who are moving to Miami. It’s actually quite a big opportunity to hire people as they shift,” Weitzman said.

He adds: “It’s just became very clear to everybody that Miami is easily one of the best places to live in the world right now, especially in the US. Like why suffer if you can have a better environment?”

Speechify is hiring engineers and designers, as well as people driving branding and growth. “What we’re looking for are people who learn very fast. We look for people who find a high value for the product that we’re creating, we look for high loyalty to team, and people who take a lot of initiative, most importantly. We also look for people who have proven the ability to scale products,” he said.

Nymbus, the Miami-based banking-as-a-service fintech company, announced it has partnered with technology financial services firm NYDIG to deliver Bitcoin products and services to its bank and credit union customers.

“The new era for financial institutions is about leveraging digital to drive revenue and profitability, and it is a myth that challengers own this space,” said Jeffery Kendall, CEO of Nymbus. “With the right tools, processes and technology partners, there is nothing preventing traditional banks and credit unions from achieving next-generation growth.”

Under the partnership with NYDIG, banks and credit unions that use Nymbus’ digital services can now also offer Bitcoin solutions, giving customers the ability to buy and sell Bitcoin from their bank accounts. Read more in the South Florida Business Journal.

Nymbus has raised more than $40 million in venture capital, including $12 million last year.

The Venture Bites College Pitch Competition is now open to all undergrad students from schools in Miami-Dade, Broward, and Palm Beach County. The top five winners will receive cash prizes, and finalists will also be eligible for scholarships to Ironhack classes, admissions to eMerge Americas and mentorship sessions. Plus, don’t you want to compete against the best that South Florida’s colleges and universities have to offer?

The pitch competition will be live, virtual and not to be missed, says Venture Bites founder Bruno Lulinski. The Venture Bites team originally announced the inaugural competition would be open to FIU, Um and MDC students with the idea of expanding it in year 2 — but due to popular demand, well, go big or go home.

But hurry, the deadline is fast approaching.  Find out more here and enter before Feb. 26.

Jose Manuel Perrone, co-founder and CEO of Miami startup Cura Market, was accepted into First Round Fast Track Cohort #10 and matched with a mentor in the First Round community: Tushar Misra, a 3-time founder and currently co-founder of sustainable transportation company AtoB, which has received institutional investment from YC, Bloomberg Beta and Long Journey Ventures. Previously, Misra was a Regional Operations Manager for UberEats in Central & South America and received his MBA from UC Berkeley.

“Safe to say, it’s a great match for me and my company and I’m very excited to start working with Tushar,” Perrone said. “I feel very privileged to have this opportunity to learn from Tushar, level up as a founder, and become a member of the First Round Community.”

For this cohort, First Round chose 500 mentors and 500 mentees. Over the next three months, Perrone and Misra will meet one on one every other week. Perrone will also given access to resources to help Cura Market grow faster.

It’s still all chatter but we can dig it

We already have ‘Lexus Lanes’ on our interstates. Will a Tesla Tunnel be next?

Miami Mayor Francis Suarez and Elon Musk talked for 30 minutes last Friday. What we know, according to the Miami Herald, is that the tech titan estimated that Boring Company could build a  tunnel for electric vehicles only that would connect Brickell Avenue and Biscayne Boulevard under the Brickell Avenue Bridge for as little as $30 million. Estimates for such a project in the past have neared $1 billion.

The tunnel – built to relieve Miami’s traffic mess — would only be accessible to electric vehicles, since a major point of construction cost savings would be the tunnel’s lack of ventilation, the Herald said.

Suarez also said he may join a delegation from Broward County (officials there are also interested in a train tunnel under the New River) that will visit tunnels Musk and his Boring Company have underway in Las Vegas and Southern California and will also discuss the concept with Gov. Ron DeSantis. “This could create a signature project, not just for Miami but the world,” Suarez said in a video statement on Twitter.