Allocations, a Miami fintech, raises $4M at a $100M valuation

Allocations, the Miami-based fintech startup founded by angel investor Kingsley Advani, raised a $4 million round from a group of angel networks at a $100 million valuation.

So far, the startup has worked with more than 300 funds, said Advani, who founded the company in 2019.  “We’ve been powering a lot of investments into local companies,” he said Thursday. “I’m really excited to be in Miami.”

Advani’s move from San Francisco to Miami in December 2020 was initially sparked by the now famous tweet by Miami Mayor Francis Suarez, and since then he has gotten to know the mayor better and  feels just as bullish about the relocation. 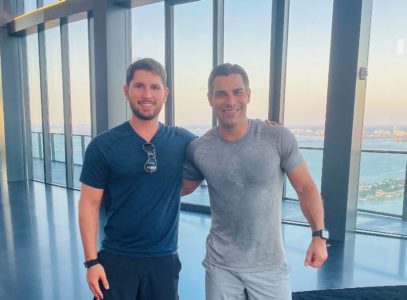 Advani’s company has also rapidly expanded.When he relocated his startup, Allocations was valued at less than $20 million. Since then, the valuation has increased more than 5X, Advani said. How’s that for some Miami magic?

According to a TechCrunch report on Thursday, Allocations has posted 28% average monthly revenue growth over the past 12 months, and reached a $4.6 million revenue run rate in June. Advani doesn’t see any slowdown because the number of small-scale private equity funds will continue to multiply, he told TechCrunch.

In February, Allocations had about 20 employees and contractors distributed around the world. Now the startup employs 44, including about 12 in Miami, Advani said. Allocations is hiring for product, operations, sales and marketing “so everything, really,” Advani said.

Advani started investing from his savings, turning $30K into over $15 million, betting on SpaceX, Coinbase, Robinhood and other companies. While running a 1,000-member global investor group focused primarily in fintech, AI, space and biotech, he experienced the pain points first-hand that Allocations is aiming to solve.

Since moving to Miami, Advani has continued angel investing and is also an advisor for 305 Ventures,  a relatively new investment group in Miami. To date, 305 Ventures has made made 26 investments, including in Lula, Flexbase and Ticket Fairy, Advani said.

“I love the weather, I love the optimism of the people and I like the friendly business climate. I think we are in the early stages of the decentralization of Silicon Valley and Miami will be one of the key tech hubs of the world,” Advani said in February. He said he is just as bullish today.