Challenger bank Novo has announced that it will open an office in Miami’s Brickell district to respond to the company’s rapid growth since the onset of the pandemic.

Native Miamian Michael Rangel, CEO and co-founder of Novo, told Refresh Miami that he and six of Novo’s 20 US-based employees are already based in Miami. Rangel expects the number of Novo employees in Miami to more than double by the end of the year.

To keep up with Novo’s rapid growth, this year Rangel plans to hire for roles ranging from engineering to marketing in Novo’s three offices – Miami, New York, and India.

Rangel grew up in South Florida, spending his childhood in Miami and Boca Raton before studying business at the University of Miami, where he met Novo’s co-founder and CTO, Tyler McIntyre, who was part of Miami’s early startup scene. Rangel then spent time working in Miami’s financial services industry before moving to New York to found Novo in 2016.

“We felt we needed to go to New York to be around other startups, innovators, and investors,” Rangel explained. But Covid changed all that. “Geography isn’t as important as it was. Now you can build mega businesses everywhere.”

For Rangel, Miami’s pull was strong: “I decided that I would rather build an industry-defining business with a water view from my office in Miami than the view of a parking lot in a closet sized apartment in NYC.”

As to Miami’s current tech boom, he said: “There are lots of skeptics, but the opportunity is here and we should take advantage of it now. This is what Miami has spent decades waiting and wishing for.”

Rangel  also noted that the weather doesn’t hurt: “Miami is literally the definition of paradise.”

While Rangel thinks that Miami Mayor Francis Suarez has done “an incredible job,” the Novo CEO said that the city will need to continue to see “investors warming up to the idea of Miami, like Softbank and Founders Fund have, while also seeing more startups come down.”

The bank’s basic checking account is fee-free. “We’ve built out a lot of our own core infrastructure, which gives us flexibility around the products we can offer and our cost structure,” said Rangel. Novo passes along this cost savings to its customers.

Rangel said that Novo expects to release new products and services that will augment the company’s current offering. “We don’t want to nickel and dime our customers, but rather add value.”

Novo’s sights are firmly set on growth. Last year alone the company processed $600 million in transactions. Over the last few months, the company has gained 20,000 new customers from its now-defunct competitor Azlo.

According to Rangel, Novo is poised to “continue growing like crazy” in 2021. And now at least part of Novo’s team will contribute to that growth while enjoying a water view. 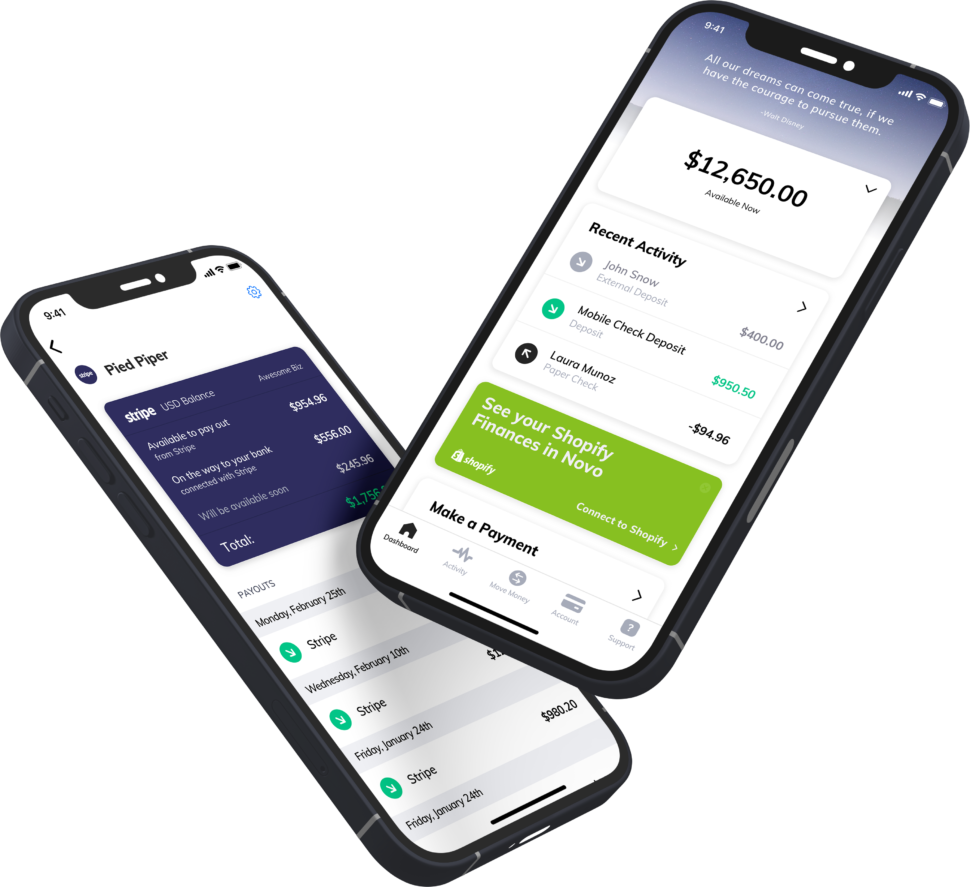