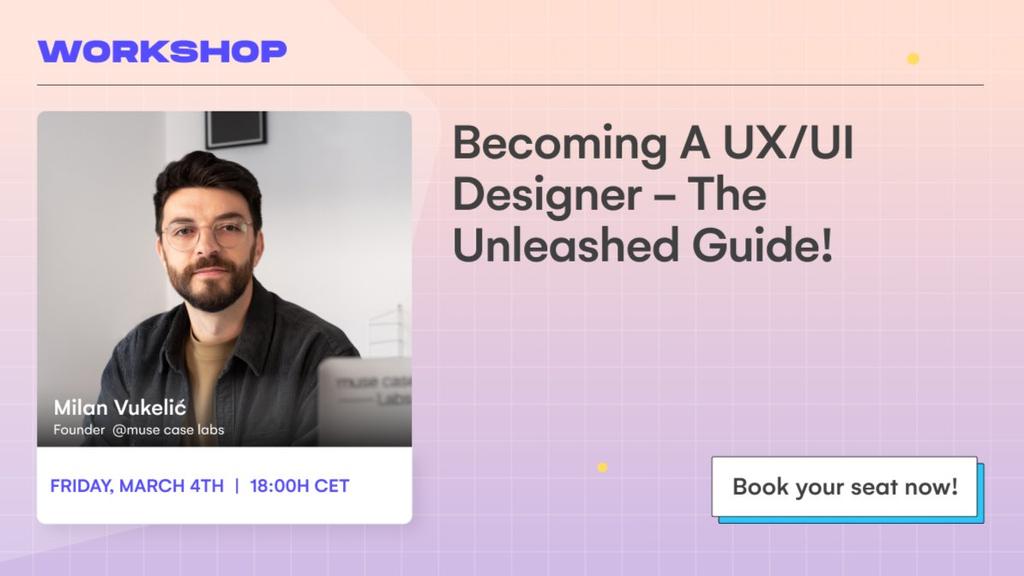 Being a designer is both the most, and least, important role in an organization – depending on who you ask. For some, it’s a relatively unimportant role that simply pertains to making things “look pretty”. For others, It’s a highly important, intricate and impactful role that can ultimately determine an organization’s success or failure – a sentiment we 100% believe in!

Join us on Friday, 4th of March at 18:00H CET 📍, where we’ll give you the unleashed guide to becoming a UX/UI Designer. A version that WILL NOT:

⛔️ Tell you that there are loads of UX/UI Design jobs (you know this already)
⛔️ Be full of pictures of sticky notes, research graphs, and tools
⛔️ Make you feel overwhelmed.

But WILL instead cover:
✅ The clear distinction between UX, UI, Product Designer and Web Design
✅ What users think UX/UI Designers do
✅ What your family thinks you do
✅ UX/UI Design IRL
✅ The incredible superpowers you get by becoming a digital designer.

All you need to attend is your laptop, a wifi connection and a willingness to be inspired by Design! All are welcome too, so tell your friends, your family and even your loud-at-times neighbours 📢