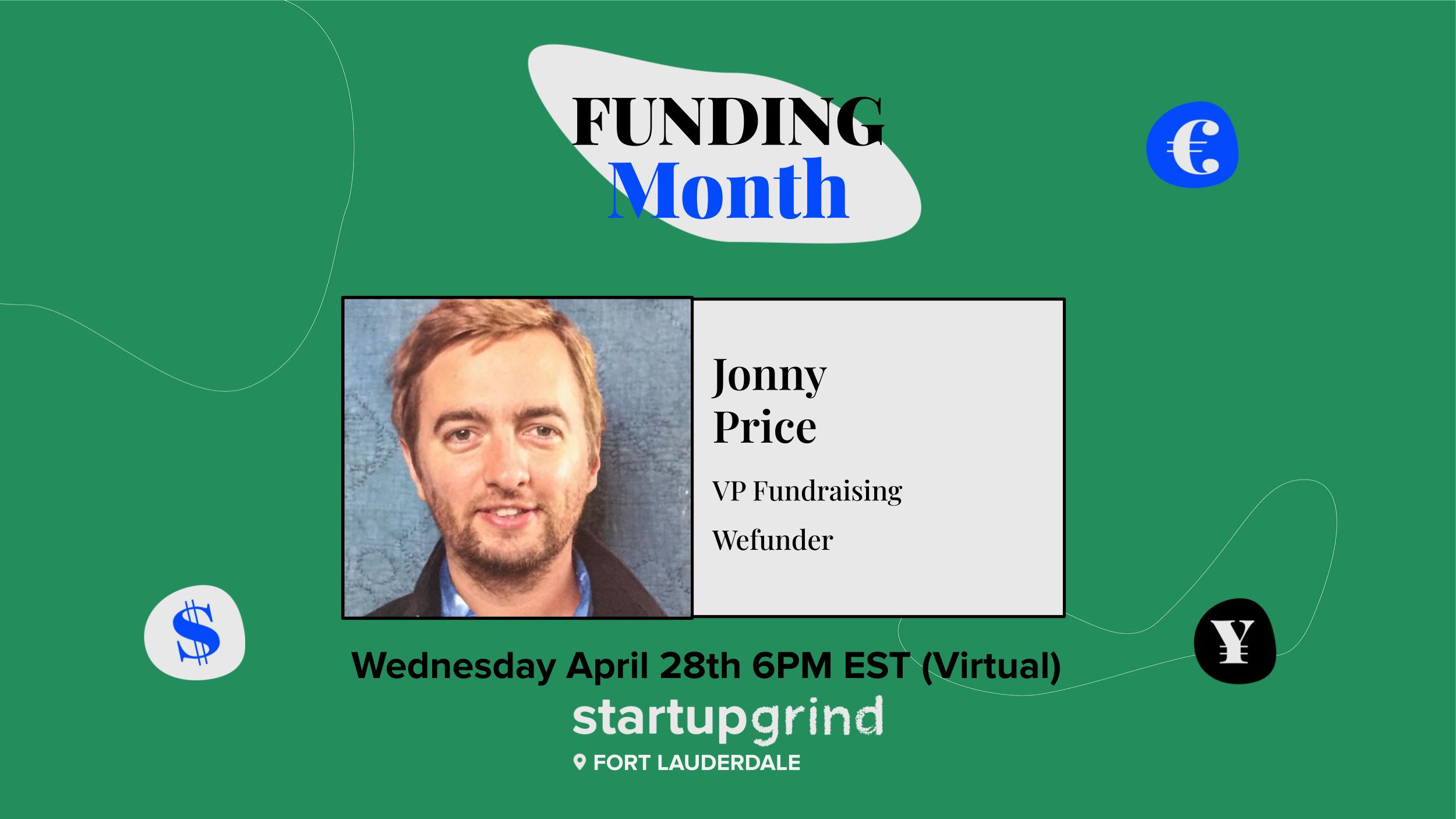 The largest equity crowdfunding platform in the world meets the largest community of entrepreneurs in the world. King Kong meets Godzilla. Round 2!

We are proud to host Jonny Price for Startup Grind Funding Month. Jonny is the VP of Fundraising at Wefunder, where he helps brilliant founders raise capital and recruit an army of customers and champions.
Originally from the UK, Jonny started his career in strategy consulting at Oliver Wyman, before founding the U.S. team at Kiva.org, which he led for seven years until early 2018, when he joined Wefunder. Jonny studied History at Cambridge, serves on the Federal Reserve Board’s Community Advisory Council, and moved to Nashville a few months ago, after ten years in San Francisco, with his wife Ali, and three young children — Felicity, Carlyle and Margot.

Don’t know what Wefunder is?
Wefunder is building a stock market for startups. Where anyone — not just rich people — can angel invest in startups they love, for as little as $100. A Public Benefit Corporation and B Corp, Wefunder helps founders raise between $50K and $5M from their fans and customers, and Wefunder’s community of a million investors.

Wefunder in the news.