Since the end of September, the region has seen a string of announced fundings that include Taxfyle, Caribu, Dvdendo, Papa and ShipMonk, all based in the steamy Miami metro area.

The numbers bear this trend out, too. According to the most recent quarterly MoneyTree Report by PricewaterhouseCoopers and CB Insights, South Florida companies have already snagged more than half of the venture capital deals in the state year-to date. Pitchbook’s report, which casts a wider net because it includes angel rounds, shows a similar trend. Worth noting: Year-to-date, Miami topped the reports for deal counts, but for dollar value, Broward County reigns (thanks, Magic Leap).

With a strong fourth quarter, South Florida could have the best year since 2001 for deal count.

We caught up with the startups and asked them about their outlook. 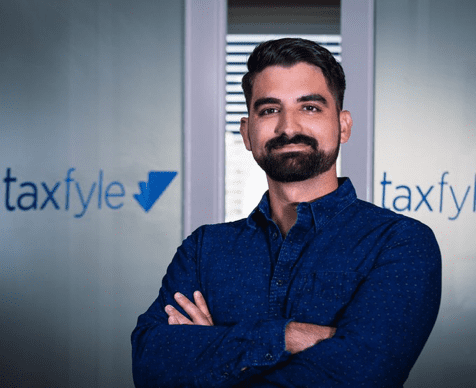 Taxfyle, an on-demand licensed accounting platform, has raised $4.1 million, in a Series A roundled by Miami-based Rokk3r Fuel ExO.The round included investment by Ocean Azul Partners, also a venture capital firm in Miami. To date, Taxfyle has raised a total of $7.3 million.

Taxfyle has amassed a user base of more than 40,000 taxpayers (consumers and small businesses) and 1,300 licensed professionals, said CEO and founder Richard Lavina, an accountant who founded the company in 2015.On average, taxes filed through the Taxfyle platform are completed within 48 hours and at 40 percent less than retail tax shops, the company said.

“What’s next is utilizing those funds to change the way CPA firms deliver their services. Firms are not immune to disruption and the ones that adopt digital transformation will be able to compete and gain market share,” Lavina told me.

“Taxfyle Outsourcing allows partners to free up more of their time and the time of their management team so they can go out and generate top line revenue while earning more margin on the same book of business they already have. Worklayer enables larger professional services firms to catalogue their services and smartly route that work to underutilized staff within their workforce regardless of geography,” Lavina said.

Caribu, the education platform that lets parents, extended family and mentors read and draw with children when they’re not in the same location, raised $1.3 million in financing to fund the platform’s rapid expansion in the U.S. and globally.

The round was led by Be Curious Partners, a VC investing in tech-enabled parenting startups including Motherly, and John Cooper of Halestreet, a former Microsoft executive and current Managing Director at Houlihan Lokey. The round also includes investments by Revolution’s Rise of the Rest Seed Fund and AT&T.

“We’ve hit some exciting traction milestones this year but having Rise of The Rest and AT&T invest in us was the push we needed to eventually oversubscribe our fund-raising round,” said CEO Maxeme Tuchman, who also took home the big check— $100K – at a global startup competition this spring.

She said she will be using the funding to grow the team, build out a new version of its iOS app and a new Android app, increase marketing and add new titles.

What’s next? “Global domination, of course.”

This new funding will be used to help the company expand its sales and marketing efforts to continue serving the US Hispanic market, roll out the investment platform in Latin Americaand launch its proprietary financial education platform in the fall of 2018, said CEO Gabriel Montoya.

“This year we achieved many things, including obtaining incredible product validation and market fit, as attested by the more than 100K registered accounts we have. Securing additional funding to continue fostering our growth was also very important,” said Montoya, “Our next big milestone is to launch our services into Latin America, which we expect to do before year end. We are also launching an online educational platform focused on increasing financial literacy amongst Hispanics, so stay tuned.”

Papa, a Miami startup that connects senior citizens to college students for assistance with everyday tasks, raised $2.4 million in a seed round led by Initialized Capital  (reddit founder Alexis Ohanian), with participation from Sound Ventures (actorAshton Kutcher). Papa is currently available in more than a dozen markets, and Papa plans to use the funding to support growth in Florida – and beyond.

Papa plans to go live with Medicare plans before year-end. “We will be making announcements in the coming weeks. And we expect to launch Papa in at least one new state, maybe two, in the northeast within that same timeframe.”

(Shout out to the national exposure: Papa was recently featured on the Today show. Watch it here.)

The South Florida Business Journal reportedlast week that ShipMonk, an inventory-management software company based in Deerfield Beach but soon moving its headquarters to larger facilities in Fort Lauderdale, raised $10 million. The round was led by SFJ Ventures in North Carolina and included Virginia-based Grovetech Ventures and Maine-based Supply Chain Ventures.

CEO Jan Bednar, 27, told the South Florida Business Journal ShipMonk plans to use the funding to open a New York City office and establish warehouses in the Northeast and Asia. ShipMonk already has offices in Los Angeles in addition to South Florida. “We’re continuing to simplify and automate how e-commerce companies control their supply chain operations so they can focus on optimizing their multi-channel sales while we ship their customer orders out in record time,” Bednar said in a statement.

ShipMonk, which has grown from a couple of employees to 230 (150 of them based in South Florida) in under five years, appears to be quite the early success story. Bednar moved to South Florida from the Czech Republic about a decade ago, and launched the first iterationof his company, then called BedaBox, when he was part of the inaugural class of FAU Tech Runway in 2014. ShipMonk generated $11 million in revenue in 2017, and projects $30 million for this year, Bednar told the Sun Sentinel. ShipMonk was ranked No. 29 on Inc. 5000’s 2018 fastest-growing companies list.

More signs that Miami won’t be cooling off too soon: Imalac, innovator in the world of lactation, raised its first $1 million of a planned $2.5 million financing round, Babson WIN Lab recently bloggedabout the member of its third Miami cohort. And notable but no longer local – sigh — Court Buddy, the legal-tech startup hatched and nurtured in Miami before it moved to San Francisco last year, last week announced it raised a $6 millionSeries A round. It still has an office in Miami. “Our Miami chapter isn’t over,” said Court Buddy co-founder Kristina Jones. “We have some hiring plans for our hometown.”

These fundings follow a hot 3rdquarterfor South Florida, which was topped by a $50 million funding roundfor Fort Lauderdale’s telehealth company MDLive. The round was led by Health Velocity Capital and U.S. healthcare giants Cigna Corp. and Health Care Service Corp. were among the investors.

Let’s see what’s in store for the rest of the year. Bring it on.