Loupe Tech launched less than a year ago, aiming for its live e-commerce streaming platform and app to be a gamechanger for sports card collectors and sellers alike. Now  the Miami startup is joining the physical world, with a new mural-laden store and HQ in Wynwood. #MiamiTech is invited to the grand opening Sept. 23.

“From the beginning, our vision for Loupe was that it would be a one-stop-shop for collectors. That’s been figuratively true with the app, and now it is literally true with the grand opening of our Wynwood store,“ said Loupe founder and CEO Eric Doty. “We hope to give Miami card collects a [local card shop] that they’re proud to call their own because we’re certainly proud to call Miami home.”

Doty, a sports card collector since he was a child, moved his company to Miami from Los Angeles in October, 2020, the same month he launched the app. Before founding Loupe, Doty was head of product at Mobcrush, a tech company focused on live streaming for mobile games acquired this year by Super League Gaming.

With Loupe’s easy-to-use app, on iOS and Android, users can purchase packs of cards and watch as they are opened – called “box breaking” – live on their phones; once purchased, the cards are then shipped to them.

Loupe raised $3 million in venture capital in January and followed that with a $12 million Series A in June in order to scale Loupe in the nostalgic sports card market, which exploded in popularity again during the pandemic and is now projected to reach $98.8 billion by 2027. Loupe is now a team of 13 and growing. 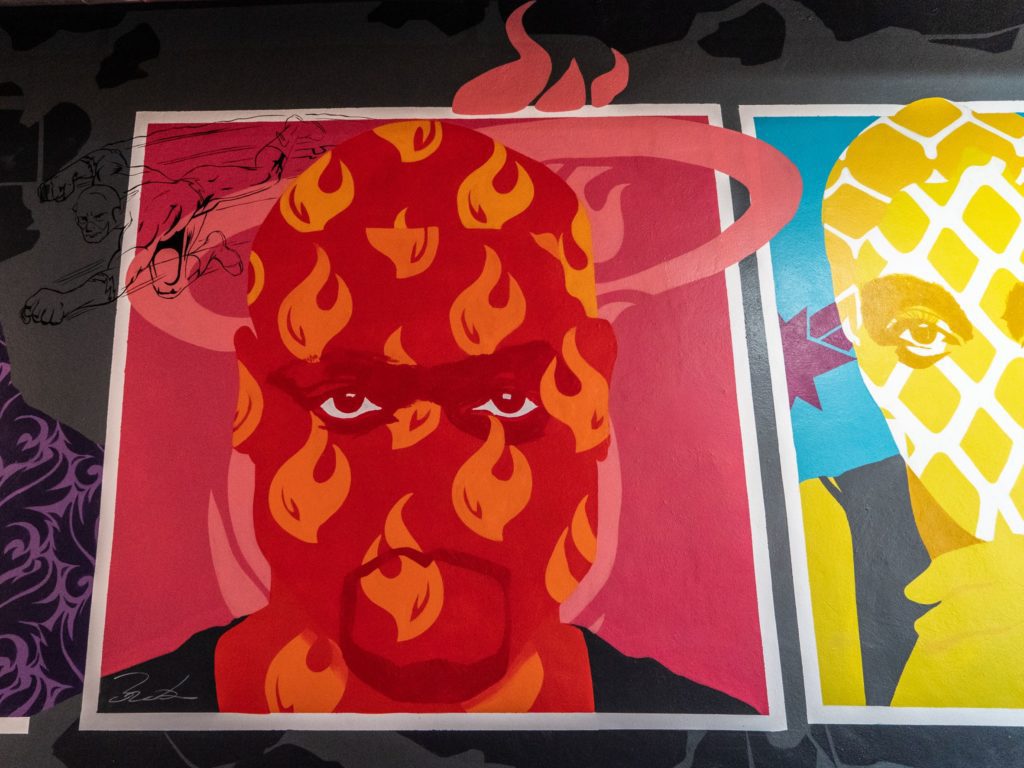 The grand opening for the store, at 285 NW 26th St. next to the Wynwood Walls, will be at 5 pm Sept. 23, and the #MiamiTech community is invited. Sports heroes are honored in the shop’s murals, including ones for Miami’s own Dwyane Wade of the Miami Heat (above)  and Miami Dolphins’ legend Dan Marino (below). Miami artist Keyani Watkins painted legendary athletes inside the store to match the aesthetic of the Walls outside. Local brewery J Wakefield crafted a special Loupe German pils for the occasion.

Doty said this is the first Loupe store but likely not the last, because his vision is to open them in select cities around the country. The stores, which would be customized for each city, will provide good branding for Loupe but also give collectors and enthusiasts places to visit or gather IRL, he said. But Doty sees online continuing to be the revenue driver for the company. 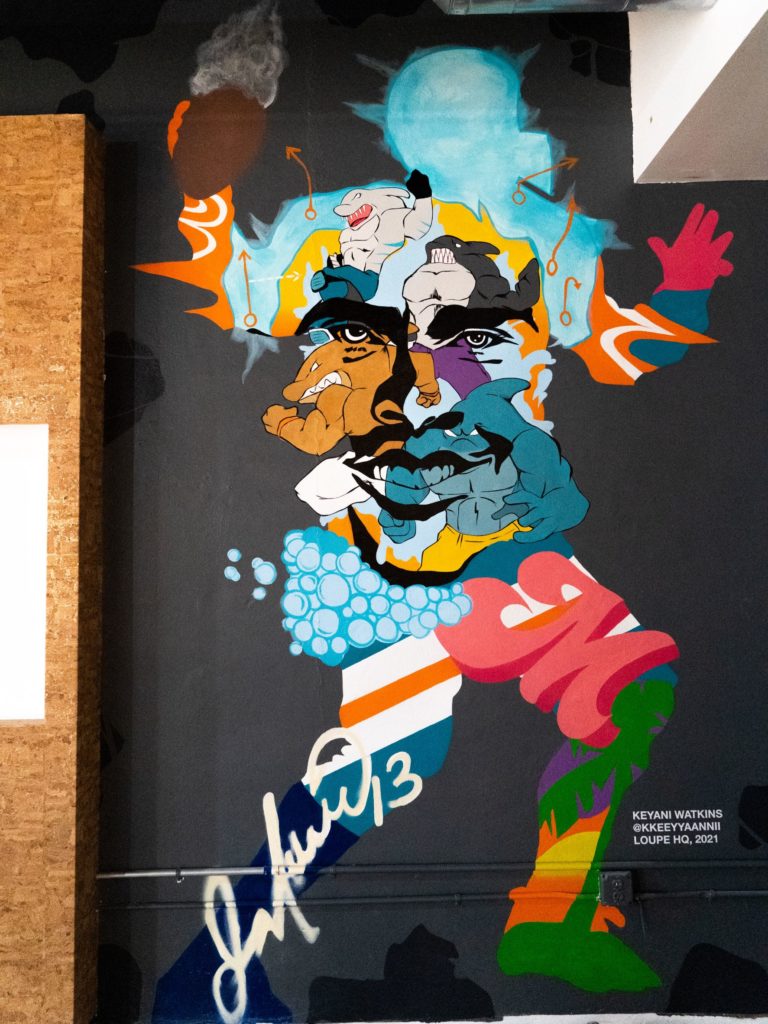