Memic to go public in SPAC deal. Ferré will chair the new unicorn and significant South Florida expansion is ahead

Memic, a surgical robotic technology innovator, announced today it is merging with Medech Acquisition Corporation, a publicly traded special purpose acquisition company. Miami serial entrepreneur Maurice R. Ferré, the current Chairman of Memic, will become Executive Chairman of the combined company, which is valued at more than $1 billion, a unicorn. Memic is expected to trade on the Nasdaq upon completion of the merger, expected by the end of this year.

Ferré, a medtech serial entrepreneur and big proponent of the region’s potential, calls Memic’s miniaturized robotic technology a “game changer” and also said this is great news for South Florida. Memic, headquartered in Tel Aviv with a US base in South Florida, currently employs 25 in Fort Lauderdale but has plans to grow its South Florida workforce to at least 100 over the next 18 months.

Memic was founded in 2013 and headquartered in Tel Aviv with its US base in South Florida. It developed the first and only FDA-authorized surgical robot, Hominis, that features humanoid-shaped arms, with shoulder, elbow, and wrist joints, providing human level dexterity to reach the entire surgical site.

The company is initially focusing on women’s health procedures with plans to expand. Hominis’ compact and mobile design occupies a minimal footprint and costs considerably less than robotic technology available today, the company said. Today’s announced merger with Medtech Acquisition Corporation  is expected to add about $360 million to its balance sheet.

“We’re excited – this is a fantastic outcome for Memic,” said Ferré, who is also chairman and CEO of Insightec, also a unicorn, and co-founded and led MAKO Surgical to a $1.65 billion exit in 2013. “It means we will put significant capital to work. This is a $10 billion TAM that we are going after.”

Because of the miniaturization of the robotics that mimic the way the joints in the body work, Hominis is able to perform robotic transvaginal techniques that were previously unfeasible, fulfilling a significant unmet need in women’s health, but with the potential to be applied to a broad range of indications including general surgery, said Ferré, in an interview said. “It’s a real game changer.” 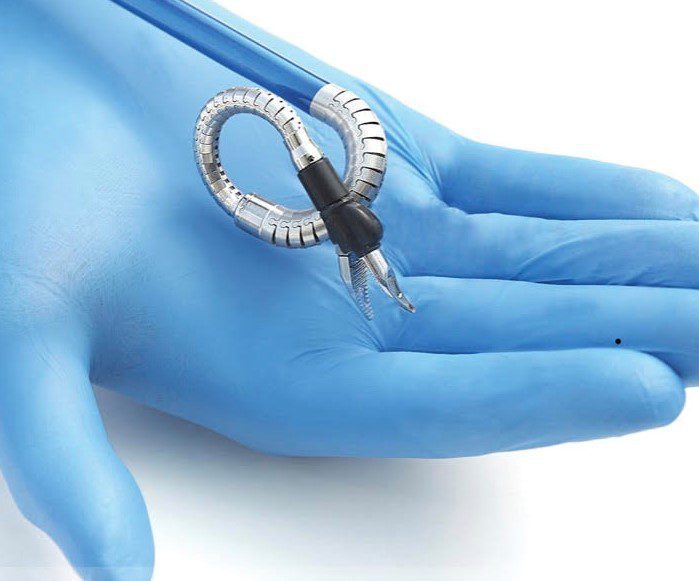 In a statement, Dvir Cohen, Memics co-founder and CEO, said: “Our partnership with the MedTech team, which provides decades of collective experience in surgical robotics, is an important step in bringing our advanced technology to medical facilities and patients across the United States and the world. We look forward to entering the public markets and working together with MedTech in the next phase of our company’s journey.”

South Florida’s medtech sector will be a beneficiary of this news, said Ferré.

“We are going to building this company, like we did with Mako, in South Florida. There will be big investments in South Florida in the next 5 to 10 years,” Ferré said. “In combination with what we announced in April (a $96 million Series D round), this puts us on the global stage.”

Ferré  pointed to Neocis, a homegrown dental robotics startup that has recently raised significant venture capital and has launched commercially. What’s more, there are now over 1,000 employed at MAKO so that operation is a big job creator,  Ferré said. As a region, “we’ve been able to tap into engineers – we are building an important presence here in South Florida.”

Indeed, medtech/life sciences was South Florida’s most active sector for startup venture capital in 2018, 2019 and 2020, according to my reporting in the  eMerge Americas Insights Reports.  It’s one of the clusters of promise and impact for South Florida economic development, as Miami already has the second largest health district in the U.S. and South Florida’s universities and colleges have a growing number of programs and degree curriculums serving the industry.

SPAC mergers are also becoming more prevalent in South Florida. Two weeks ago, Cyxtera founded and led by another #MiamiTech serial entrepreneur, Manny Medina, began trading as a public company as the result of a SPAC deal, and a SPAC merger for Cyxtera spinout Appgate is expected to close by the end of the year.