Three years ago, Ford Motor Company established its first autonomous vehicle testing location in  Miami, so that its vehicles could “learn” to maneuver in congested areas (we think Miami’s streets gave them a good education). The big idea was to get the AV technology prepared for duty in autonomous ride-hailing and delivery services.

Today, Ford Motor Company, Argo AI and Walmart announced the AV vehicles will also soon be shuttling your groceries and goods to you, too. Miami will be part of Walmart’s first multi-city autonomous delivery collaboration in the country. The last-mile delivery service will use Ford self-driving test vehicles equipped with the Argo AI Self-Driving System, and the service will also be launched in Austin, Texas, and Washington DC.

That means later this year, Walmart customers within a defined service area of Miami will be able to place orders of groceries and other popular items, and have the order delivered to their home via a Ford self-driving vehicle. Because today’s customers expect next-day or same-day delivery, and that brings a higher concentration of deliveries to the already congested urban core, this collaboration will drive more key learnings in how AV tech can optimize logistics and operations while also enhancing the customer experience, the companies said in their announcement.

This partnership brings together a self-driving technology provider with an automotive manufacturer able to integrate that technology with vehicles at scale, plus the world’s largest retailer. Argo’s cloud-based infrastructure will integrate with Walmart’s online ordering platform to route orders and schedule package deliveries to customers’ homes. Walmart also previously tested with Ford in Miami in 2018.

“Our focus on the testing and development of self-driving technology that operates in urban areas where customer demand is high really comes to life with this collaboration,” said Bryan Salesky, founder and CEO of Argo AI, said in a statement. “Working together with Walmart and Ford across three markets, we’re showing the potential for autonomous vehicle delivery services at scale.”

The commercial service in the three urban markets will expand over time.

Argo and Fort have been testing self-driving technology in Pittsburgh, Detroit and Palo Alto, Calif. Argo and Ford have been operating in Miami and Washington, D.C., since 2018 and in Austin since 2019, to build autonomous ride-hailing and delivery services and establish the necessary real estate footprint and commercial fleet management capabilities, including fueling, servicing, and cleaning of self-driving vehicles, to support the customer and keep fleets running.

In Miami, Ford has a large AV testing operation, with several AV testing facilities, including a command center near the airport. Since 2018, For and Argo have  successfully navigated the congested streets of downtown Miami, Wynwood and South Beach, delivering pizzas  and other life essentials for Domino’s and Postmates. Last year, during the pandemic, the vehicles delivered produce grown at Miami-Dade schools to the students’ families for the nonprofit Education Fund.

In July, Ford announced that it is collaborating with Argo AI to deploy self-driving cars through ridesharing app Lyft’s network in Miami later this year. Vehicles will be deployed in specific service areas around the city. Miami is the first stop on this pilot program, which will continue on to Austin in early 2022, the companies said then. 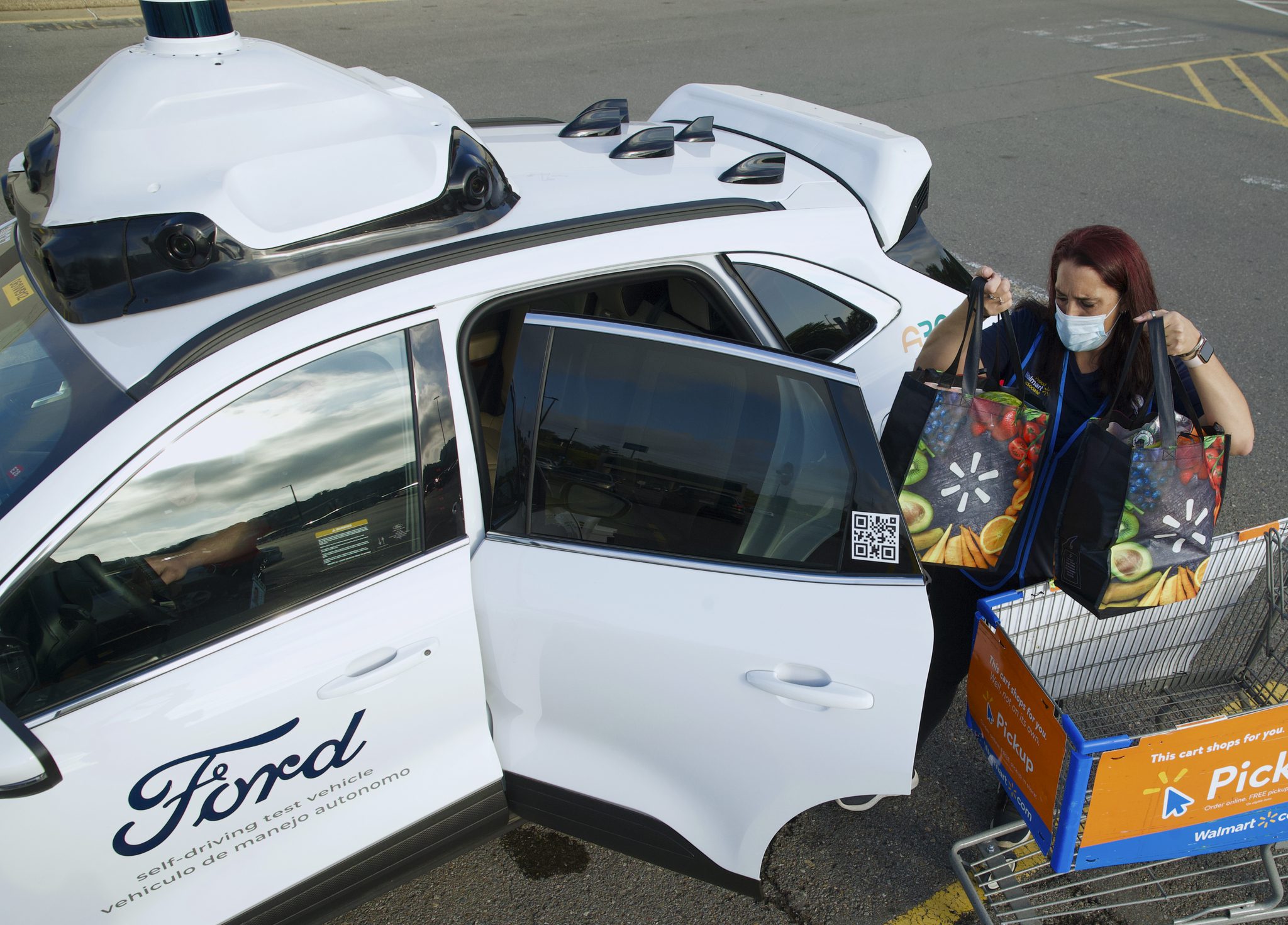