Move over Art Basel. There’s another Miami institution doubling down on the NFT craze.

This week, University of Miami launched Canes Vault, an NFT marketplace for Hurricanes football memorabilia – just in time for the team’s September 4th kickoff. The initiative is among the first in the world of collegiate sports.

Miami is an apt location for this novel application of NFT technology. Mayor Francis Suarez has spoken extensively about the city’s goal to be a cryptocurrency capital. And leaders in the crypto space have responded: In recent months, several major companies have announced Miami relocations or expansions.

NFTs, or non-fungible tokens, are unique digital assets that are authenticated and verified on the blockchain. Think of them as officially licensed collectables, only virtual.

The flagship product of this initial launch is a replica of the Hurricanes’ 1989 national championship ring for its season culminating in its 33-25 win over Alabama. Winning the NFT will be just the tip of the iceberg for one lucky Hurricanes superfan (or perhaps NFT investor). They will also receive a fully customized replica ring, as well as a digital video frame called an Infinite Object. As of writing, the highest bid for the ring is $5,000, but the auction doesn’t end until Monday, August 23rd.

Starting on Tuesday afternoon, the University of Miami will start selling two other products: one that includes the 1989 championship ring NFT and Infinite Object (aptly priced at $305), and the other that’s just the NFT ($50).

These products are just the beginning. UM has signaled that it is working on a variety of other NFTs, including a “Game Changers” series that will feature memorable moments in the Hurricanes’ history. They also plan to mint NFTs to commemorate former players that have gone pro and other championship rings. Don’t worry, the Turnover Chain will probably be drafted for a drop, too.

Jason Layton, the University of Miami’s Deputy Director of Athletics and Chief Financial Officer, is one of the executives that spearheaded this initiative. He told Refresh Miami that they prioritized launching products available at various price points: “We made sure that we have something for everyone.” He noted that while the big ticket item is one-of-a-kind, the reduced prices for the other products reflects the fact that they are issuing 250 NFTs of the mid tier item and 500 of the lowest priced product.

This project has been in the works since March. “We’re always looking for new areas to get into as we continue to grow digitally,” Layton said. He explained that NFTs made sense not just because they are a new medium, but also because they are “a new way to story tell and share special moments” with Hurricanes fans.

Atlanta-based GigLabs provided the technology underpinning this offering. Its CRO and co-founder Jon Parise told Refresh Miami that he gives the University of Miami “a ton of credit for going all in on this.”

He continued: “They are truly wanting to create an experience that their fans are going to get value out of. This project is really built for the long term.” That forward thinking perspective helps counteract the idea that NFTs are an ephemeral phenomenon.

One of the main advantages of the white-label platform that the University of Miami used is the user experience. Parise explained that many NFT projects reside on Ethereum, which requires digital wallets and owning cryptocurrency. GigLabs’ platform, however, is based on Flow, enabling users to purchase this memorabilia using their normal credit card.

Parise asserted that Miami is paving the way for other colleges to add value to the fan experience: “We’re excited to see where this goes. I think a lot of colleges are going to follow.” 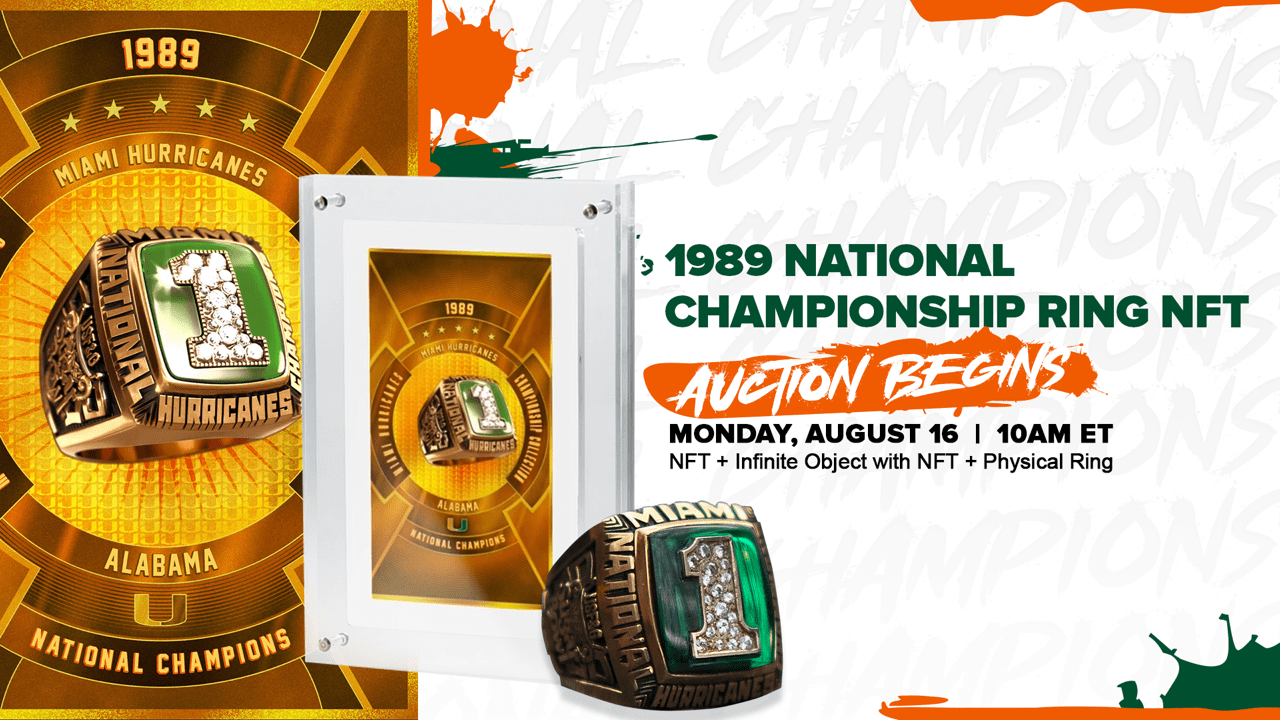