Stressed out? This Miami startup offers a holistic approach to staying healthy

An app accompanies the case and helps users glean meaningful, actionable insights from the data collected. Moscase can connect this data to Apple Health and other similar platforms through the startup’s open API.

“What sets us apart from wearables is that Moscase focuses on balancing body, mind, and soul – not only on fitness tracking,” explained co-CEO and co-founder Akos Balogh (pictured above). “This is a more holistic approach to staying healthy.”

The case’s design was top of mind for Balogh and team: “It was a challenge to pack so many features into a small form factor, while also staying true to Apple’s beautiful design.” Apple has officially approved the product under its “Made for iPhone” program – a set of strict guidelines to ensure quality and allow companies to use the Apple logo in marketing materials. 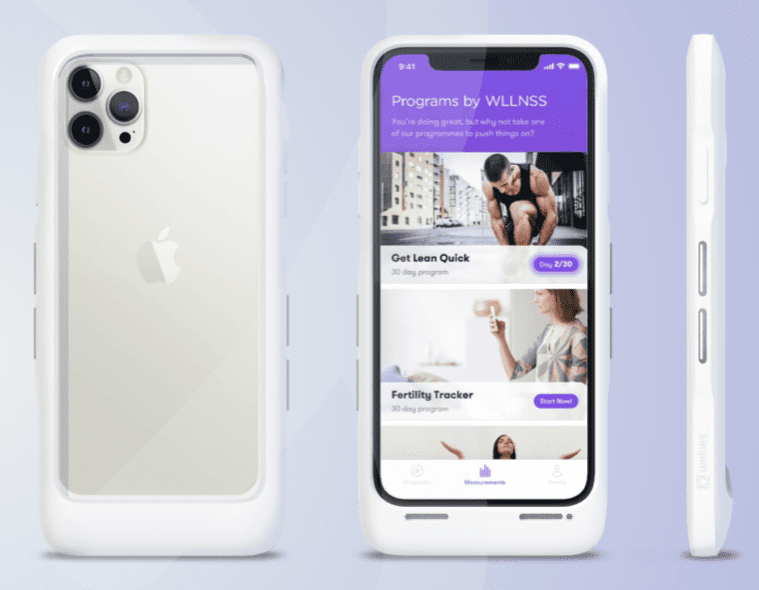 Moscase, founded in 2018, plans to create content that users can access through the app, such as breathing exercises and body scanning to help manage stress. “Think of Moscase as your wellness friend, right in your hand,” said Balogh.

Balogh, a serial entrepreneur, is joined by co-founder and co-CEO Chanteva Schoch, an organizational psychologist, whose clinical background will inform the design of Moscase’s content. Moscase’s  team — currently five employees and 9 contractors — plans to start mass producing the product in time to sell it during the holiday season.

The company was built with an international focus, leveraging software engineers in Balogh’s native Hungary, product designers in Germany, and prototype manufacturers in Ireland. But it is proud to have its roots in Miami.

“When I came to South Florida for the first time in the ‘90s, I fell in love with its diversity, culture, sunshine, beach, and above all the positivity of the people,” Balogh told Refresh Miami. Since the late ‘90s, he has travelled back and forth from Central Europe. Balogh made South Florida his full-time home in 2018.

Balogh has been active in a wide range of industries, from skincare to construction. “I have always liked to build, scale, and exit.” But entering the healthtech space was particularly alluring to Balogh. One side of his family managed telecommunications companies, while the other side was comprised of physicians. “Moscase brings these two sides together,” said Balogh.

Miami made sense from a logistical perspective. Moscase’s target markets are the US, Canada, and Latin America, which Balogh said makes Miami “a perfect hub for business development, logistics, and distribution.”

Balogh is bullish on South Florida’s rapidly growing tech scene: “We strongly believe Miami can be the next big thing.” Moscase’s growth is on track to be equally rapid. The company, currently based in Aventura, aims to open its first Miami office in early summer, hiring an initial staff of 20 people, with plans to increase to 30 employees by mid-2022.

Moscase is currently finalizing a $5 million funding round that will enable the company’s expansion and mass production of its iPhone case. The company intends to develop cases for Samsung and Huawei devices in the near future.

Balogh is confident about reaping long-term rewards from basing Moscase in the Magic City. Miami’s Downtown Development Authority (DDA) incentivized the startup to move there. Balogh said that the DDA has also offered to help Moscase with hiring. Miami Beach also offered incentives, but Balogh said he prefers “to be in the downtown area, maybe Wynwood, where other startups and investors are.”

“In the past six weeks, I have met more healthtech-minded people here than in the last two years,” he said, noting evening drinks with fellow founders in rooftop bars as a particular highlight. “Miami has all the elements to become a big tech hub.”