Up, up and away? Perhaps soon. Archer joins air taxi companies that love the Magic City

The California company is the latest to commit to making Miami an early market for the on-demand mobility tech. Archer plans to launch an Urban Air Mobility network for air taxis in Miami and in 2024.

Will on-demand air taxis be flying the Miami skies within the next three or four years? Several companies building the technology say yes.

The latest is Archer, a Palo Alto-based  company designing and developing what’s called electric vertical takeoff and landing aircraft, or eVTOLs. It announced today its commitment to launch an Urban Air Mobility network in Miami in 2024.

Those of you paying attention to @FrancisSuarez Twitter last week probably saw this announcement coming.

Archer says it expects its vehicles can travel distances of up to 60 miles at 150 mph using technology available today, with low noise, “transforming how people approach everyday life, work, and adventure, while benefiting the environment and working towards a future zero-emissions world,” it said in its announcement. Archer – with A-Rod Corp and Jennifer Lopez among its investors, according to Crunchbase – recently announced it plans to merge with publicly traded company Atlas Crest Investment Corp., a SPAC, in a transaction valued at $3.8 billion. Archer also counts  United Airlines as both an investor and a customer – UA already has a $1 billion order in, according to Archer.

Turns out the company already  has some strong Florida ties – orange and blue ones, in fact.

“Cities across America are looking for solutions to traffic and mobility challenges. Our collaboration with Miami will bring quick, safe, affordable everyday flight to Southern Florida,” said Adam Goldstein, co-founder and co-CEO of Archer, in a statement. “Launching an Urban Air Mobility (UAM) network in Florida is particularly exciting for Brett  [Adcock, co-CEO]  and I personally as graduates of the University of Florida. We named Archer after our first eVTOL R&D lab, based just off Archer Road in Gainesville so making an impact on Florida’s transportation issues will be a great full circle moment for us.”

“We know that infrastructure and transportation solutions in Southern Florida must change over the next decade to curb carbon emissions, decrease traffic, and create the multimodal transportation networks of the future,” said Mayor Francis Suarez, in the announcement. “The City of Miami is dedicated to collaborating with Archer to build one of America’s first UAM networks and work towards overcoming the geographical challenges of our water-locked areas currently only accessible via congested roadways. We couldn’t be more excited to be aligning with such a leading force in the eVTOL industry.”

How much will it cost?

I followed up with Adcock to learn more.  He said he and Goldstein both actually met in New York after attending UF, and have worked on several ventures together. They moved back to Gainesville to work on the beginnings of Archer before moving to California.  Archer’s sweet spot will  be shorter urban hops, where users of the service can save a bunch of time. Noting that a 12-mile trip from MIA to South Beach can take an hour in heavy traffic, the air taxi would take 10 minutes, he said. “We are aiming to have government certification and launch for consumer flights in 2024. Our development and certification timelines support this objective,” he said.

What might Archer’s flying taxi service cost? Less than you probably think, according to Adcock.  “For the initial launch, our goal is to operate the aircrafts over a network and use a ride-sharing structure to reduce costs. We plan to go to market at pricing that is comparable to ride share services — around $3.30 per passenger mile — but over time as we advance manufacturing techniques and refine our supply chain, costs will continue to go down.”

Archer also announced this week that Uber Elevate co-founders, Nikhil Goel and Mark Moore, will be joining Archer’s advisory board. Archer says “Goel and Moore co-authored the industry-famous ‘Elevate’ white paper on aerial ridesharing and spent four years advancing the UAM space to pave the way for the future of transportation.”

The company that acquired Uber Elevate (Uber’s former air taxi arm) in December is Joby Aviation, also a California-based company. Joby has said it plans to launch in 2024 in markets that could include Miami, because of our market’s density, customers’ ability to pay, and infrastructure, the CEO said in a conference call in February.

Lilium, a German company, last fall announced it planned to build a Florida network of so-called vertiports, with a hub right in the middle near Orlando, by 2025. It says its 5-seater vehicles, which have 36 jets that allow it to lift up vertically and then go forward, will be able to travel 186 miles on a single charge. That technically makes a Miami-to-Orlando in about an hour possible. Lilium has signaled that it will announce a location for a Miami vertiport this spring that would also be open for business by 2025.

So come one, come all – the more the merrier. How cool would it be to rise above Miami traffic? Future residents of the 60-story luxury highrise condo Paramount now under construction in Miami will reportedly have access to a flying taxi landing spot on the condo’s rooftop.

This story was updated March 12 with more details. Follow @ndahlberg on Twitter and email her at [email protected] 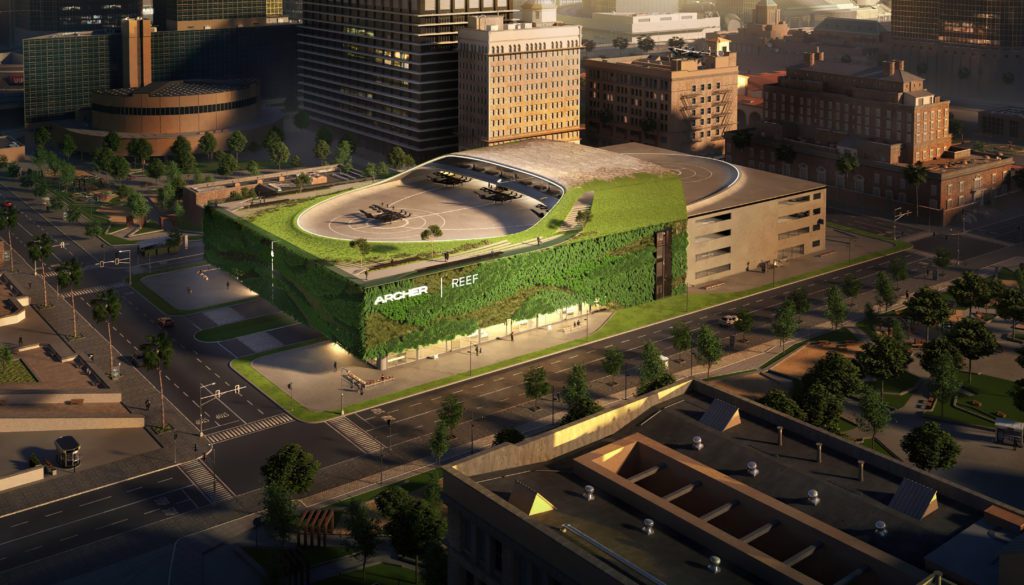 FacebookTweetPinLinkedInEmail Will on-demand air taxis be flying the Miami skies and coming soon to a rooftop near you? The competition for first mover advantage is… 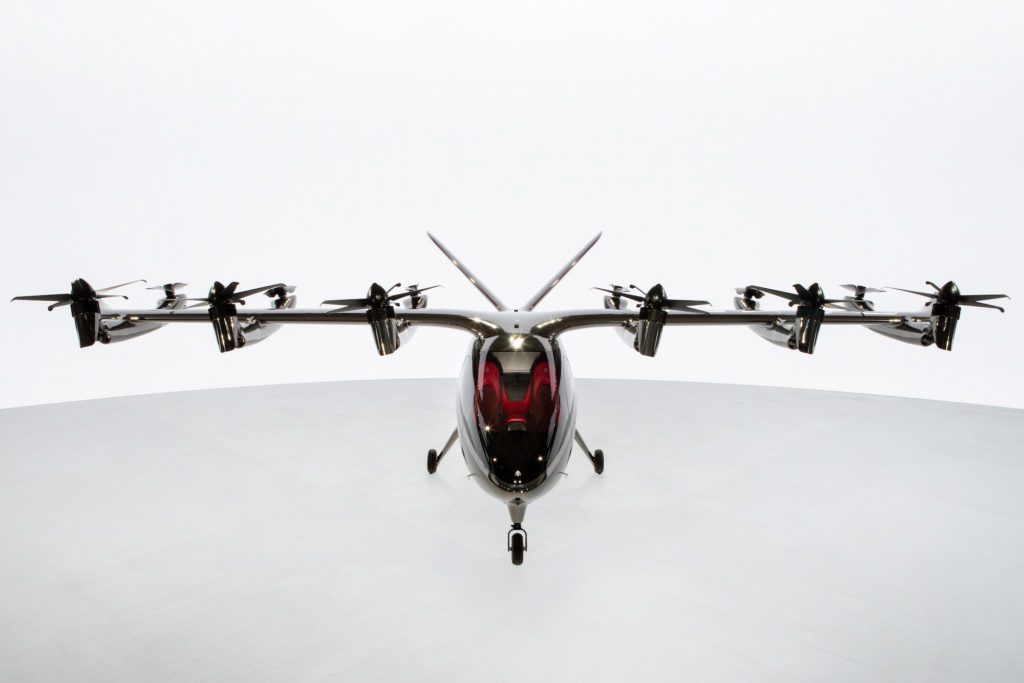 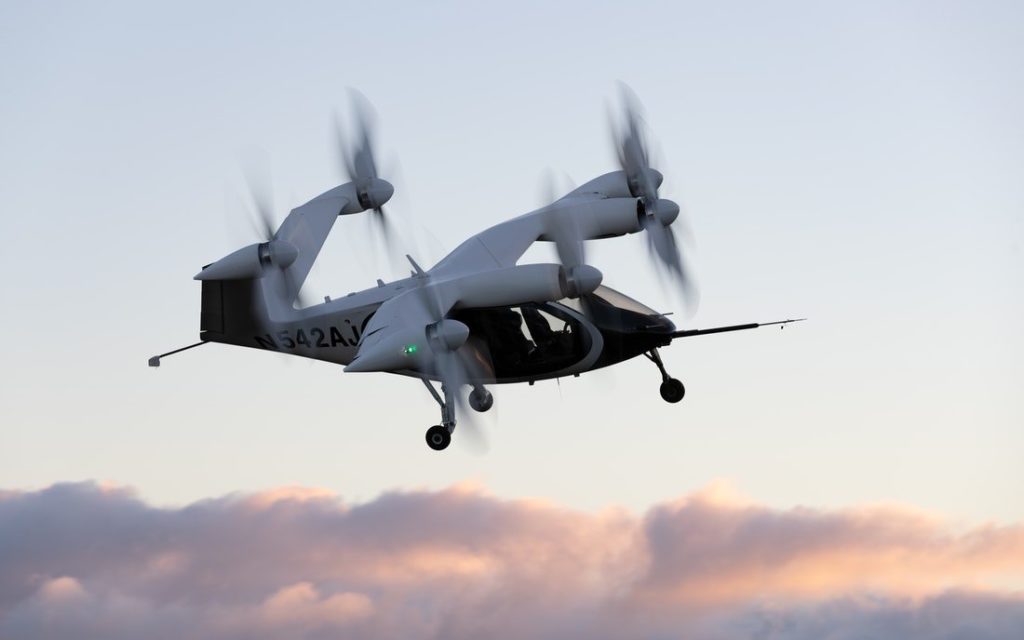 FacebookTweetPinLinkedInEmail While you are stuck in Miami traffic this week getting nowhere fast, consider this: Getting up, up and away in an air taxi is…