‘We’re preparing students for a university and city-wide moment with Miami Tech. We have the talent pipeline available. Now we just need a united front to show the world what’s really going on with Miami Tech and our students’ – Nicholas Gonzalez

Miami is living through a one-of-a-kind “tech boom” that it hasn’t seen before – and for locals and students alike, it’s the start of a new era.

Nicholas Gonzalez, a computer science and applied mathematics double major at Florida International University (FIU) and president of FIU’s Upsilon Pi Epsilon (UPE), Miami Tech is his chance to finally break the narrative and show the world that talent does exist in Miami, and that FIU and its students are ready to jump on the #MiamiTech wave with all hands-on deck.

UPE, FIU’s largest technology program run by students, for students, has a mission to “create access and equal opportunities in tech” for its 800+ students that it serves. With its main programming focusing on career development, technology and coding workshops, mentorships and networking, while also serving as the home to the state’s largest hackathon, Shellhacks (which broke records for the fourth year in a row, gathering nearly 1,300 students online), UPE is FIU and Miami’s tight-knit community of tech and innovation leaders.

But most importantly, for Miami’s students interested in landing their next opportunity in tech, Miami Tech is a gamechanger.

“UPE has really broken the glass ceiling to what an organization can do at the university level,” said Gonzalez. “We’re preparing students for a university and city-wide moment with Miami Tech. We have the talent pipeline available. Now we just need a united front to show the world what’s really going on with Miami Tech and our students,” he said.

Apart from UPE’s programming in technology, innovation, and STEM at FIU, UPE is also heavily involved in the community – specifically in mentoring and training our future leaders in technology, coding, and programming.

“I first got involved in UPE through my interest in impacting K-12 education, since I kept seeing a lack of support for students during their transition from high school to college,” said Gonzalez. “This lack of support sparked UPE Ignite, which provides free after school STEM tutoring and coding workshops to more than 300 students with a goal of ensuring equal access and opportunities in tech for all students.”

Through UPE, Gonzalez was able to land dream internship opportunities in top organizations like NASA, where he worked on systems administration of the servers, automated tools, and technological infrastructure to help further NASA’s mission of technological space exploration, and Facebook AI, where he worked on modeling algorithms for Facebook’s signature Pytorch library to automate and deliver a much better user-experience in artificial intelligence. “UPE’s extensive connections with tech firms and organizations across the nation is encouraging for students like me that there are opportunities out there, and we just have to not be afraid to seek them out,” said Gonzalez. “That’s what we’re trying to teach the kids we train and mentor, too.”

For students like Gonzalez, helping grow Miami’s community of talent is rooted with one simple sentiment: Miami is home. “For me, it’s seeing that I can relate to everyone in my community. Apart from being born and raised here, seeing hungry, first-gen college students like myself is inspiring and motivating,” said Gonzalez. “At UPE, we really just want to give back to the community and build opportunities for our members to jump on Miami Tech – and stay in Miami for years to come.”

So, the next time you’re looking to land a dream tech job, or if you’re looking for your next tech rockstar – look no further than the pipeline of talent available at FIU and at UPE.

UPE at FIU is available for students of all majors. To apply for free membership and to learn more about what UPE has to offer, visit upe.cs.fiu.edu.

5 things about ShellHacks, Florida’s largest hackathon, you should know

What happened after ‘How can I help?’ 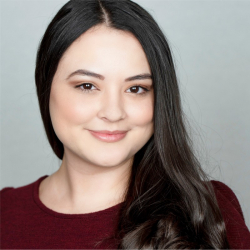