Why this ex-tech journalist bet on Miami

As a former tech reporter turned partner at a public relations firm from California looking to work with the most innovative companies and organizations, there was only one obvious place to set up shop next: South Florida.

My wife and I were all-in after a pair of truly idyllic spring trips, but I had to make the case to the leadership team at my firm, Vectis Strategies, a PR and public affairs company with offices in El Segundo, California and Washington, D.C. And with two former members of Congress and a two-time Pulitzer Prize winner as part of the group, they were not going to be convinced by a weak argument and lovely vacation photos.

Fortunately, putting together a strong case for this one was not too hard at all, and much easier than changing my plane ticket on the app. PR people love when we can pitch a story that is so obviously interesting on its own merits it almost tells itself. This was one of those.

It’s simple: innovation happens when the right players meet in the right arena. The greater Miami area is doing the best job right now and for the foreseeable future of attracting these players from far and wide, and becoming this arena.

I couldn’t be more excited to be here—yes, even in August. But for those of you thinking about making the move, I’ll expand a bit more on this Californian’s case for the future of tech in paradise:

Bringing talent to South Beach—and beyond

Data from job postings to LinkedIn profiles show that tech talent is coming to greater Miami, and from all over the world. I’ve already met impressive founders from Brazil, Jamaica, Ecuador and more, and have been here for about 15 minutes. The track record throughout history is pretty clear: when smart and ambitious people decide to converge in one place, good things happen there.

This is true across cities, countries, businesses and other organizations, from It’s increasingly true in many virtual spaces, which is changing the game for some of the brightest minds tucked away in remote locations. And it’s most definitely true here.

Working at a startup can be stressful, and even in Miami, life isn’t all sunshine and pastelitos de guayaba. But knowledge workers now have a new deal: ship and deliver from wherever you want to ship and deliver from. And even prior to this irreversible move to more hybrid and remote work, a disproportionate amount of the few truly location-independent professional people chose South Florida. Why wouldn’t this trend accelerate?

Furthermore, the region’s incredible diversity means there is truly something for someone from anywhere. It’s by far the quickest I’ve ever gone from feeling like a tourist to feeling at home.

Relentless focus on the future

For the last 20-plus years, the best window into the future of the world was found in Silicon Valley. I am as biased as any other native Californian, but today, it’s hard to argue it’s not looking out onto the Intracoastal or Biscayne Bay.

Don’t just take my word for it: look at where many of the most interesting startups and investors in the most forward-looking industries are going. Founders Fund is in South Florida. Thoma Bravo is here. Blockchain.com. Eight Sleep. Sure, greater Miami has a physical environment that is perfectly suited to hybrid or remote work, but there’s something bigger than that at play: a legitimate bipartisan, pro-innovation and newcomer-friendly consensus that naturally creates ideal conditions for businesses to blossom.

It’s no coincidence South Florida emerged as a cryptocurrency capital at the same time Miami-Dade County was pioneering the integration of crypto with government payments and services. Miami is also leading the way in creating a smart regulatory regime for ghost kitchens, rather than reverting to laws based on old dining habits. And my new hometown of Boca Raton is leaning into becoming a full-fledged Smart City, health tech and fintech hub with its own Office of Innovation. When political leaders create space, business leaders fill it with ideas.

And being in the public affairs business, it is also exciting to be in a hub of innovative industries like crypto, health tech and autonomous vehicles—all of which are going to require smart legislation and sensible regulation to continue to grow. This is all part of becoming this arena of innovation, and South Florida is well on its way.

As a journalist, there weren’t many things more frustrating than losing out on a great story. There was no way I was going to miss the opportunity to be part of this one.

Matt Pressberg is a partner at Vectis Strategies, a public relations and public affairs firm with offices in the Los Angeles area, Washington, D.C. — and soon South Florida. 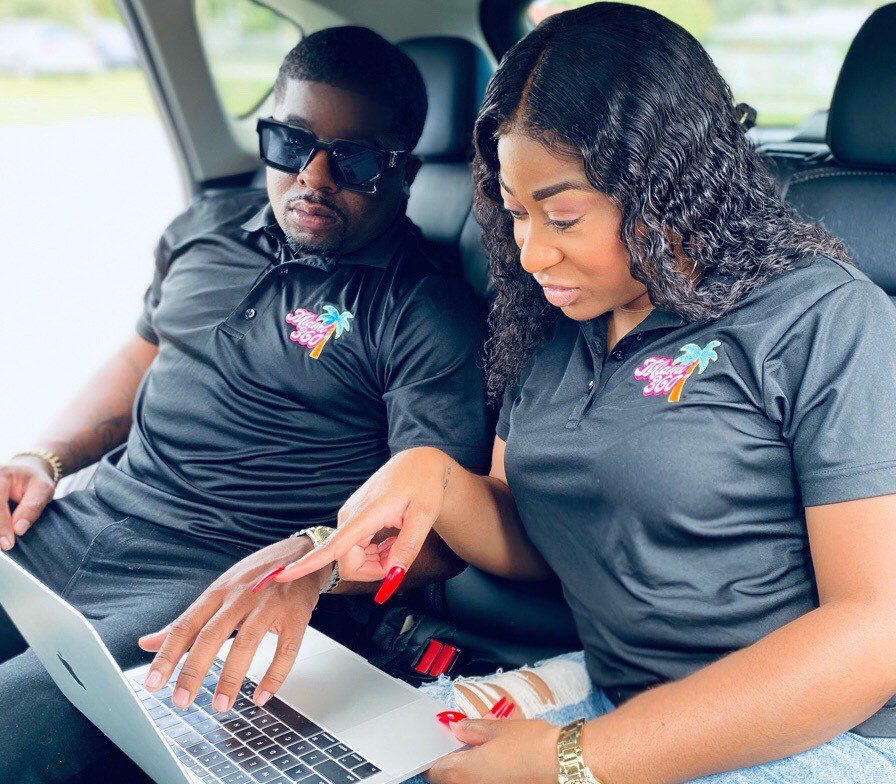