With the COVID-19 crisis keeping unemployment too high in South Florida, particularly in communities of color, Wyncode Academy will bring back the Future Leaders of Tech Fellowship with Knight Foundation support.

The fellowships offered by the Miami-based technology training academy will include a choice of Wyncode’s full-time 10-week Full Stack lWeb Development or UX/UI program and a paid 3-month tech internship with a South Florida company in the tech sector upon graduation.

It’s the fourth iteration of its partnership for the Future Leaders of Tech Fellowship, supported by the John S. and James L. Knight Foundation. Raul Moas, Knight Foundation’s Miami program director, called it “an investment in Miami.”

The goal is to provide technology education to low-income, underrepresented residents in the tri-county area impacted by pandemic. “As the Miami tech ecosystem grows, we must work to make the benefits of working in this industry accessible to all those who seek to be part of it, and through it find upward mobility,” Moas said.

Initially, scholarships valued at $60,000 will be provided to four students. However, through a partnership with The Miami Foundation, individuals or companies can make contributions to fund more scholarships. Wyncode is contributing 40% of each scholarship.

Applicants must belong to an underrepresented group in Miami’s technology ecosystem, have under $50,000 in combined family income, and be authorized to work in the U.S. Preference is given to candidates with limited to no post-secondary education. The deadline to apply for Wyncode Academy’s upcoming Full Stack Web Development cohort is Oct. 16th, 2020. There will be more opportunities later in the year.

“We are proud to continue leading this initiative and work towards supporting communities who have historically not had fair access to well-paying jobs in tech, an issue that has only been exaggerated due to COVID-19.” said Johanna Mikkola, CEO of Wyncode Academy and chairwoman of the Future Leaders of Tech Fellowship, “We need to create opportunities in order to see our city’s diversity represented in our tech ecosystem, as that is our strength compared to other more established technology ecosystems.”

Also this week, Wyncode released its 2019 Jobs Report. The overall job placement in 2019 was 90% among job-seeking graduates, and 85% of them took jobs in technical roles – most frequently as Software Developer/Engineer, Product Manager/Support, and UX/UI Designer. Nearly half – 49& — of them landed jobs within two months. The average salary for grads was $53,721. Access the jobs report here.

Other interesting findings were around the diversity of its cohorts:

Since its founding in 2014, Wyncode has trained more than 850 people in South Florida through its accelerated, immersive programs. The team now numbers 15, and Wyncode’s programs went virtual during the pandemic (shown in photo at top).   Wyncode has more than 400  hiring partners in its network. Founders Johanna and Juha Mikkola were selected as Endeavor Entrepreneurs and joined the global network in 2015. 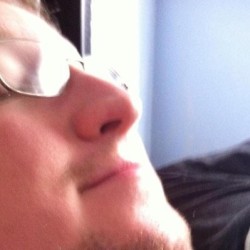