Digital innovation is coming to one of South Florida’s most important industries. Overproof, a Miami-based startup, is leading the charge to bring data-driven insights to the restaurant and bar industry. This couldn’t come at a better time, as the hotel and restaurant industries in Miami-Dade County alone have reportedly lost upwards of $3 billion due to the pandemic.

Overproof develops AI-powered solutions to empower alcohol brands and bars to use data to better understand their customers and, ultimately, to drive revenue.

The startup’s founder and CEO, Marc De Kuyper, knows a thing or two about the alcohol industry. He is the eldest member of the 11th generation of one of the oldest family distilleries in the world, the De Kuyper Royal Distillers, which was founded in 1695. De Kuyper has been based in Miami since 2010, when he left Amsterdam to start Royal Dutch Distillers, a division of the family business.

But in 2018, De Kuyper made the decision to break off from the family business to launch Overproof. Over the course of six months, De Kuyper contemplated whether he should leave the post that he “spent literally all [his] life preparing for” but eventually decided that he couldn’t pass up the “huge opportunity” this startup would bring.

The bet could be paying off. Overproof now has 20 employees and has raised $6.7 million in funding. The  company also announced this week that it has been accepted into the fourth cohort of Endeavor’s ScaleUp program.

Overproof has just launched BarInsights, a new product that helps bars and restaurants monetize their existing point-of-sale (POS) data. The product enables businesses to sell reports to suppliers that include information such as average check sizes and food items that are ordered with particular drinks. Bars decide how much to sell the reports for, and Overproof takes a small commission. This is valuable intel for suppliers, who can use this information to inform their marketing strategies and better understand specific demographics and regions.

“I’m really excited about bringing this to market because it is a completely unique service – no one else is doing it,” De Kuyper told Refresh Miami.

Another point of pride for De Kuyper is that Overproof is a purpose-driven organization. “We have a very strong social impact strategy ourselves,” he explained. “We’re tackling issues like gender inequality and the waste of marketing materials, and we’re trying to do what we can to motivate and enable our customers.”

One example of how Overproof is trying to fight gender inequality in the industry is by tracking data related to how often suppliers promote their brands using male or female bartenders. While Overproof signaled that there is still a large disparity, the company hopes that measuring it will make suppliers aware of the issue and help them work toward improvement.

Additionally, every member of the Overproof team is given equity in the business. “I believe in the fact that if you’re building something, you have to give your everything and more,” De Kuyper said. “So I believe in co-ownership and the sense of developing a joint company that we’re building together.”

De Kuyper signaled that he is bullish on the Miami tech scene. “I’m happy to see big companies like REEF decide to stay here.” He hopes that Endeavor’s ScaleUp program will kickstart the company’s preparation for an upcoming Series A round. He said he was attracted to Endeavor because of its “pay it forward” attitude: “I really like that it incubates the tech scene in Miami, or wherever the startup is from. That supportive focus fits our company DNA.” 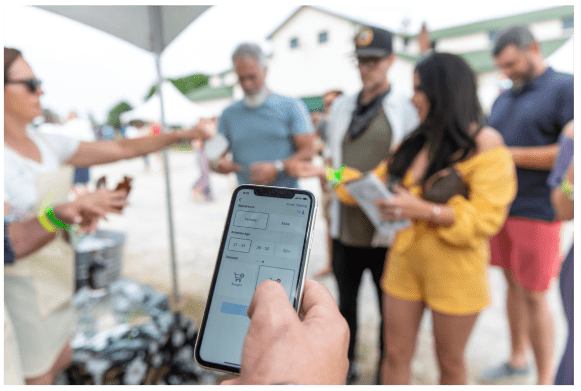