Put on your dancing shoes. Entrepreneur launches The Movement to unite Miami – and the world – through dance

Never a dull moment in the #MiamiTech startup community. Our new transplants from around the country are relocating HQs, opening offices, launching incubators, starting funds. That’s all awesome. But at least one founder is giving back to the greater community, too.

It’s called The Movement, and it’s pretty special. Ryan Breslow, the 27-year-old founder and CEO of the San Francisco fintech Bolt who grew up in North Miami and moved back to the Miami area last year, launched this nonprofit to bring free dance lessons to low-income youth communities in Miami and plans to expand it nationwide as his primary charity and way of giving back. He’s been self-funding it but will also be fund-raising for it, and is kicking that off tomorrow night with a launch event and Dry Dance Party on Saturday night with celebrity DJs to move people to support the cause.

Here’s the lowdown on that: The Movement is hosting an official debut in Miami on Saturday, May 22 at the MAPS Backlot in Wynwood (342 NW 24th St) with EDM duo, Sofi Tukker, and French progressive house DJ, Cedric Gervais, headlining the night. It will be a Dry Dance Party and outdoors. All proceeds will go to fund youth dance programs across Miami. Tickets are on sale now.

Breslow started The Movement as a grassroots effort about two months ago, getting the word out through dance instructors as well as ads and flyers at schools and organizations. Starting with just one free dance class a week, there is now a class offered every day and soon there will be multiples, he said. Nearly a thousand Miami students have taken the classes so far.

“Dance has played a major role in my life in terms of getting me comfortable in my own skin and meeting people,” said Breslow. “I’ve been thinking long and hard about how do we unite this divided world that we all live in, and I couldn’t think of something better than that.”

The Movement sets out remove the financial barriers to learn how to dance, because a $10 to $50 per class charge is not affordable to many. What’s more, he said, the instructors find it hard to charge enough money and find enough students and The Movement solves both of those problems because Breslow pays for the classes out of his pocket and is fund-raising to spread The Movement far and wide. The instructors – who have been crushed by the pandemic — have more classes and make more money, and students are able to come to classes for free, Breslow says.

“Dance helps you overcome your fear of getting in front of people and being yourself. It teaches you how to let go, which is a really important life lesson. It’s inherently social and I see so many friendships being formed that last well beyond the class. Kids need people to look up to, and these dance instructors are so full of wisdom because they’ve been dancing for decades and serve as mentors to these kids. Additionally, dance is cross cultural – and we have a lot of problems in society not understanding each other’s cultures.”

The fund-raising pitch: Dance is very easy to scale because all you need is a floor and speakers, Breslow says. And to make an impact, it doesn’t take millions or billions to move the needle.

“With dance, if you donate $100 to this class, you are helping, you know dozens of kids meaningfully right there. If you donate a million dollars here, you can get an entire city dancing for a year,” said Breslow.

“We believe that in the next 24 months, we’ll have this scaled across every major city in the country. And we are starting in Miami.”

The boomerang story: As for Breslow himself, he’s decided to make the Miami move of his own permanent, at least for the foreseeable future. He is the only Bolter here so far but so many of is founder friends and his investors have moved here, more of his network is here now than in San Francisco. “I keep telling people Miami has crossed the chasm and has a critical mass where you can be just as effective as a founder here in terms of having access to investors, other founder friends and community as you can be in San Francisco, if not more right now.”

“I’m loving it here. It’s been really awesome. and I think for the Movement, there’s no better city. People here are all so into dance, into socializing, and really want and need something like this as well.”

On giving back: Breslow believes in starting early, rather than at the end of a career.

“Just making somebody’s day I believe can change their life. Through these parties, through this classes, I just see people brighten up and come to life and they are reminded what fun looks like and what it is like to be a human again – and that is really what we are going after by spreading dance around.”

For more information about The Movement, visit: www.themvmt.org. 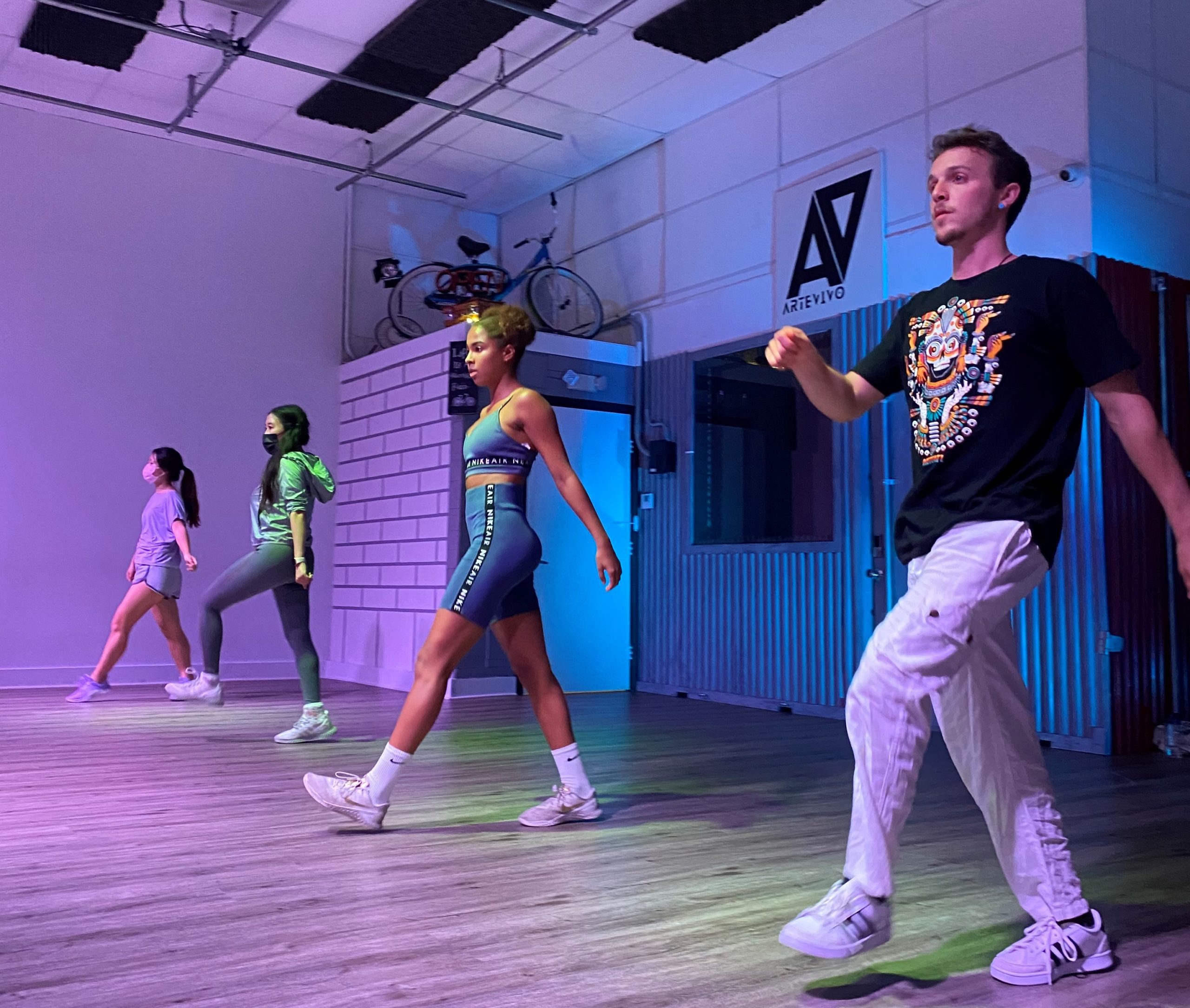 READ MORE ON REFRESH: From brain drain to brain gain, Bolt founder and hometown boy is checking out Miami