According to the Food and Agriculture arm of the United Nations, we are at a “critical juncture” when it comes to food security. The international organization cited “conflict, climate variability and extremes, and economic slowdowns and downturns” related to the pandemic as some of the major drivers of this increasing food scarcity.

Meet Bifarm, a South Florida firm that is on a mission to bring sustainable food supplies to urban environments. The Sunrise-based startup uses aeroponics, a specialized version of hydroponics, to grow produce year round. The team says that their system uses 95% less water than soil-grown food, while producing a 300% increase in produce production.

Does that sound like a miracle? Really, it’s just science.

“Aeroponics has been one of the most challenging ways to grow crops,” founder Wanjun Gao (pictured above) told Refresh Miami. “The issue is that aeroponics is not stable if you don’t plan right. There’s no plan B – when the nutrients are not there, plants can die.”

Gao has perfected the delicate dance required to catalyze plant growth over the last five years of working on Bifarm. Starting with prototypes in his garage, Gao eventually developed a scaled down, at-home minimum viable product. Since 2017, the company has been working on developing its main product, a controlled environment agriculture system that includes hardware and software components. Now, Bifarm is focused on bringing its commercial-grade solution to market.

According to Gao, there are three major advantages to Bifarm’s system. First is energy efficiency. Running hydroponic systems can be costly, with users incurring major expenditures for energy-intensive systems like artificial lights and HVAC systems. Gao estimates that Bifarm’s offering uses about a tenth of the energy that a deep water hydroponics system uses. The second is consistency – ensuring the produce comes out perfectly every time. 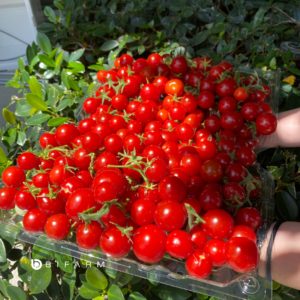 The third, and perhaps most novel selling point, is modularization. Gao’s vision is to set up small production centers in urban neighborhoods. “Think of a neighborhood bakery store,” but for produce, Gao explained. “That would solve the essential problem of food deserts: inconvenience, or limited access to buy fresh food.”

Gao hopes to utilize underutilized space in urban areas, and empower communities in the process. “We would like to provide access to fresh, healthy food,” noting the knock-on benefits of high-quality food like better health outcomes. “Access to fresh food is also a mobility tool,” said Gao, acknowledging that innovative food production facilities can increase the desirability of living in a particular neighborhood.

Bifarm has been selected for Endeavor’s ScaleUp cohort, which Gao expects to help Bifarm commercialize. “We are very grateful to join,” he said. “The Endeavor program will help us amplify our message to the world.”

Thus far, the startup has bootstrapped its way to seven employees across the US and China, plus a handful of corporate and university clients. But Victoria Valdez, Bifarm’s Marketing and Communications lead, underscored that the team is optimistic about the future – particularly considering their strategic location in the Greater Miami area. “We’re very excited about the growth of South Florida’s tech ecosystem,” she said.