There’s something special about stand up paddleboarding. Getting out on the open water, breathing in fresh air, and enjoying the Florida sunshine can leave you energized and yearning to hop back on for another ride.

The problem is that it can be cumbersome to lug around and store a 10 foot board – especially for apartment dwellers. And for infrequent riders or tourists, investing hundreds of dollars on a board may not make sense.

Miami-based startup PADL has a solution. The company has set up self-service paddleboard renting stations at 10 locations around Florida, including at Key Biscayne Beach Park, East Greynolds Park in North Miami Beach, Deering Point Park in Palmetto Bay, and Burt Reynolds Park in Jupiter. Now PADL is set to  imminently double its number of locations, including adding some out of state, and has more expansion in the works. What’s more, the startup is adding a “citizen scientist” twist to the sport with its tech-enabled boards, and recently added options for tours and lessons.

Andres Avello, a founding partner and CEO of PADL, said that “it has always been in [his] blood to really just get out on the water.” As soon as the Key Biscayne native saw the emergence of e-mobility solutions like bike sharing, he and his co-founders,  Felipe Jauregui and Khalil Khouri (the trio is pictured above),  knew that they had to bring that business model to the open seas.

Users sign up for PADL through their app, submit their payment details, and can grab a board within a matter of minutes. PADL also sells memberships that give users unlimited 2 hour sessions for $24.99 per month, or $99 for six months.

“Our model is really designed to cater to the local population as well as the travel population,” Avello explained. “We have found that our membership will allow people to truly enjoy all the benefits of PADL. Many even use it as a daily workout.” Sounds better than spending an hour in a dingy gym!

PADL’s customers keep coming back for more. According to PADL, 67% of rides are from repeat customers.

Locals with intimate knowledge of particular areas help PADL manage and promote each rental station. “We treat each location like its own business, with its own customer base with different needs,” said Avello. PADL works side-by-side with municipalities and private-sector organizations to find physical space to house the boards, and shares a portion of revenue with these partners.

Riding with PADL isn’t just for pleasure – it’s also for science. PADL is equipping its fleet of boards with sensors to track data such as water quality, temperature, and salinity. They then hope to provide this data to local municipalities, agencies, and other organizations that can use it to improve environmental conditions.

“Every time that our riders go on the water, they will effectively be active citizen scientists,” Avello said.

The startup is in a period of major growth. PADL will soon have 22 locations and has already ordered supplies to build a further 10 locations. While South Florida was PADL’s first market, the startup has already expanded to North Florida and is about to open its first out-of-state locations, in North Carolina and Virginia.

Recently, PADL launched a feature that enables users to take tours and lessons with certified guides. “This allows local guides and instructors to host their own tours, and run their own business without having to lug around boards,” Avello said. “They just show up and leave.”

PADL has almost finished raising its seed round. Avello said they are “well on track” to amass over $1 million in funding; the startup raised the first $411K earlier this year in an equity crowdfunding campaign. The seed funding will help further fuel the startup’s growth, including making hardware and software improvements and expanding to what Avello describes as “hundreds of more locations.” 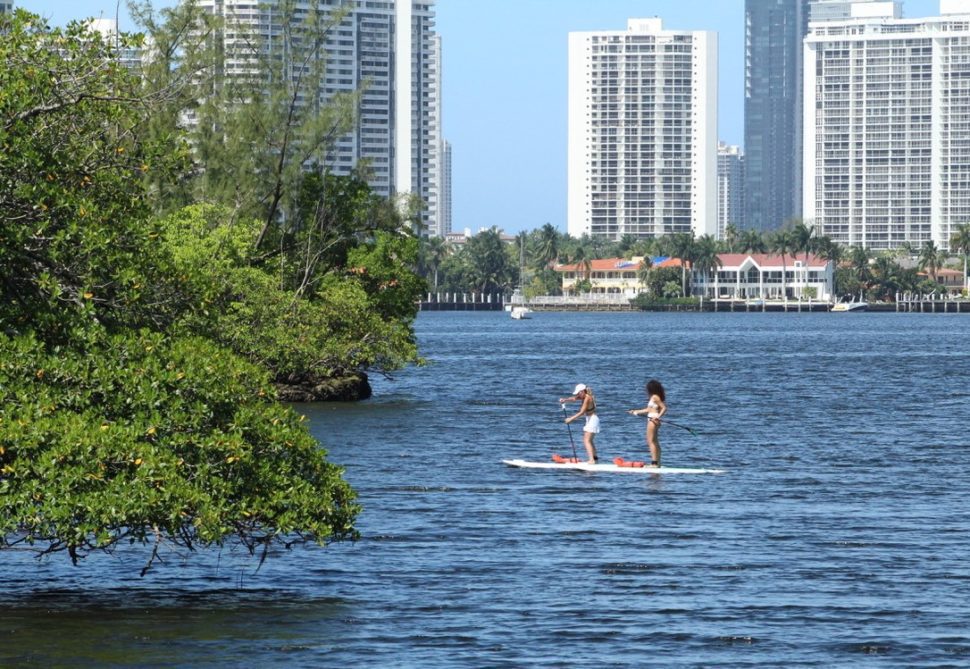