Miami-based Neptune Financial, also known as NepFin, has been acquired by British FinTech firm Zilch for an undisclosed amount. The deal will enable the London-based firm to access the US market for its rapidly growing ‘buy now, pay later’ (BNPL) platform.

NepFin has developed a money lending platform geared towards small and medium sized businesses with between $10 million and $100 million in annual revenue that are hoping to borrow anywhere from $500,000 to $60 million.  The startup had raised $13 million, including a $10 million Series A round in 2018 led by Sands Capital Ventures.

Zilch is a leading UK FinTech company, having raised more than $230 million since its launch in 2018. Last month, the startup landed a $110 million Series B extension round co-led by investment bank Goldman Sachs and DMG Ventures, the venture capital arm of the media conglomerate that owns the Daily Mail tabloid newspaper.

Albert Periu, co-founder and CEO of NepFin, will become CEO of Zilch’s American outpost. He told UK Tech News that NepFin has “admired Zilch as a successful, fast-growing innovator in the BNPL landscape for some time.”

Periu continued: “This is the second time one of my companies has been acquired by a U.K.-based company and I’m thrilled at how their mission, values, and culture aligned with ours. Our team is looking forward to leveraging our prior experience, creating roots in Miami, and attracting talent to solidify Zilch as a FinTech leader in the U.S. as we head into the end of 2021 and beyond.”

As the US economy continues to recover from the effects of the pandemic, consumers continue to look for alternative payment options. According to consumer credit reporting company Experian, in 2020 the average debt of US consumers reached $14.88 trillion. That’s an all-time high and a year-on-year increase of 6%, which Experian notes is the highest annual growth recorded in more than a decade.

According to eMarketer, 45 million Americans aged 14 and older will use BNPL in 2021. 75% of those users are from the highly coveted Gen Z and millennial demographics. While older generations tend to prefer traditional solutions like credit cards, BNPL usage is increasing across the board.

In an interview with Business Insider, Periu called this a “generational shift in spending.” He asserted that the company’s biggest competition isn’t another company, but rather “awareness and understanding of the space.” Periu noted that “other businesses entering the space are doing the heavy lifting for [them] and helping to validate what is a nascent but rapidly growing industry.”

Next for Zilch is growing its US team, which CEO and Founder Philip Belamant has signalled that he hopes to do primarily in Miami. 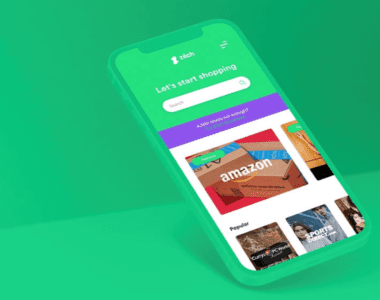